Our quiet days on the East Coast are over – final spurt! Today we leave for the inland of the South Island. We want to take a look at the Southern Alps from that perspective and therefore booked a night in Fairlie. After longer discussions concerning the best route to take – either from Dunedin to the West following the SH8 or the road along the coast – we decide for a compromise. We will go along the coast as far as Oamaru and then turn left towards Omarama following SH83. It’s a detour, but worth it. 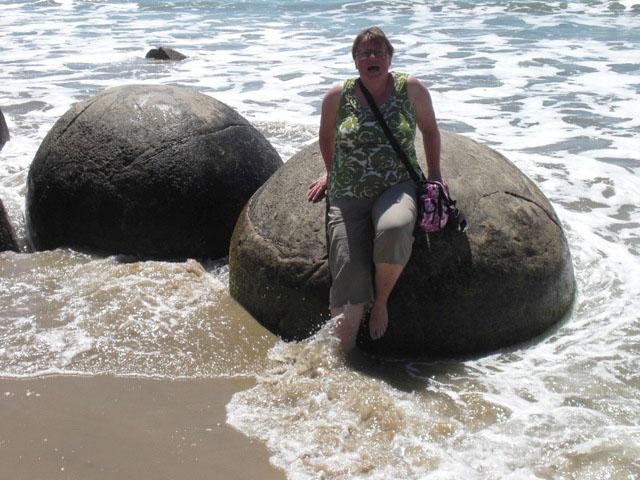 At the right time for a break we stop to take photos at the Moeraki Boulders. Sure: You can of course argue that they are only a few rocks lying in the water, but they are special rocks, and actually not even rocks but concretions (please look up the word in Wikipedia). We prefer the Maori explanation. Anyway we have a lot of fun at that beach, partly because of the many visitors trying to climb up on one of the boulders for a good snapshot and sometimes making fools of themselves or being surprised by sudden waves, partly because we do that as well. Never mind wet pant legs – we nearly got 30°C!

We like Oamaru, they have a beautiful Victorian quarter here. This time we just pass through, we plan a longer stay for our next trip to New Zealand.

We say good-bye to the East Coast and follow the Waitaki River towards the West. We make a short stop at the Takiroa Maori Rock Art. To be honest we are more impressed of the cliff formation itself than of the Maori rock drawings. No other visitors besides us. 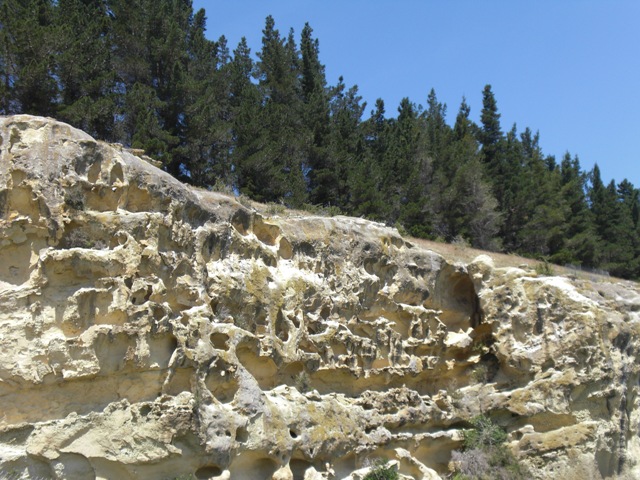 The landscape soon gets hillier again. Waitaki River is the stream flow for the glacial lakes Tekapo and Pukaki, on its upper reaches there are the lakes Benmore, Aviemore and Waitaki. They built several dams along the river. We stop repeatedly, can hardly get enough of the stunning views and the beautiful landscape. There are no larger towns. We are pausing in Omarama for lunch.

It is Middle Earth from here on. Our map tells us a lot of LOTR film scenes were taken here. You don’t see any signpost to that locations, obviously that would spoil the business for enterprises specializing on guided tours. Never mind, somehow it’s Rohan all around us. I do not have to stand on the exact spot where Peter Jackson filmed. You can expect the Rohan horsemen to shoot forward behind any bend.

Then suddenly we are in the area of the glacial lakes. What colours! The water is excessively turquoise. Gernot is sure the tourism department added food coloring, it cannot be genuine! It is though: The colour comes from tiny stones and minerals polished by the glaciers. The peaks of the Southern Alps reflect in the lakes, covered with snow. It is hard to grasp this vast amount of beauty, we would rather stay here. We have a break at Lake Tekapo, I have to climb into the water. OMG – it is cold!

Our final destination for today is a motel in Fairlie, about another half an hour drive. We look forward to the flight tomorrow. 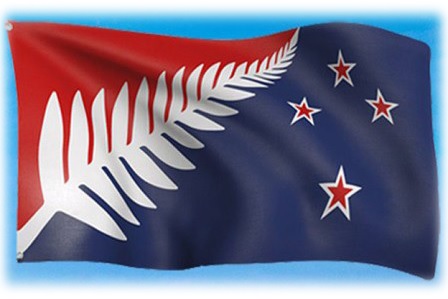