The old and already quite outworn "Hungertuch" in the Catholic church in Aufkirchen was supposed to be replaced by a new one. As you have to pay a lot of money for liturgical textiles my mother proposed to embroider a new one. Together with other women she started this awesome, collective mission. Originally 12 different motives had been planned, in the end there were 16 of them - they did not want to spare the Old Testament.

The motives were stitched with purple coloured thread on light beige fabric. We figured it out: All in all the women consumed 3 km of thread. One single motive is about 66 x 58 cm large. After all single motives had been finished they were sewn together in patchwork technique.

I searched the internet for a long time to find models, but without success. We finally took photographs of another "Hungertuch" in a church somewhere else in Bavaria and arduously transferred the patterns to graph paper. This is the reason for me to publish all 16 pictures. Should anybody happen to come into the same situation - you're welcome to use all our motives. If you want to take a look on our original "Hungertuch" now you have to go to the chuch St. Georg in Aufkirchen (Fürstenfeldbruck/Bavaria) during Lenten season. 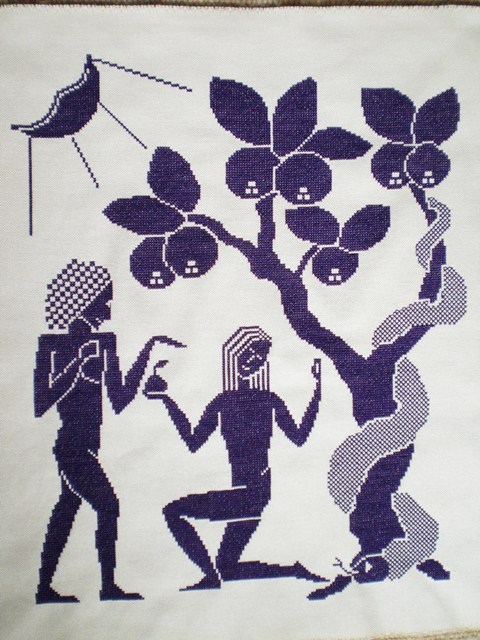 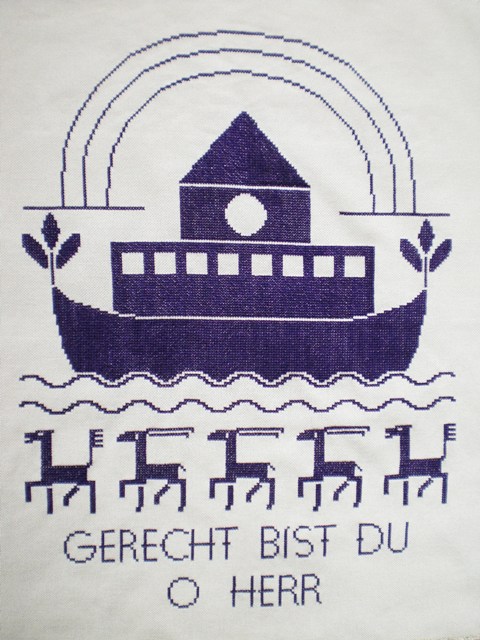 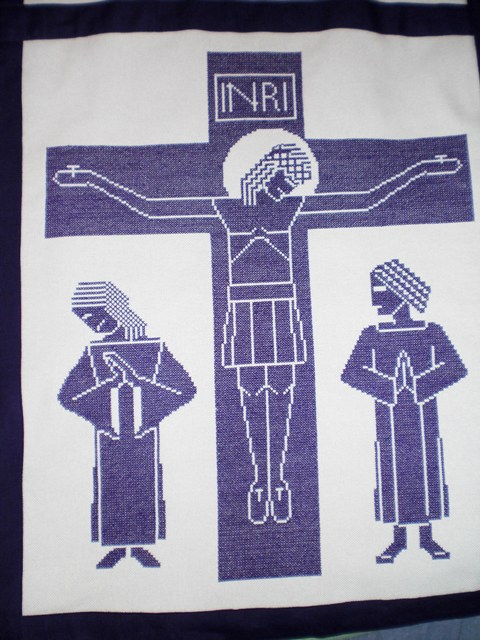 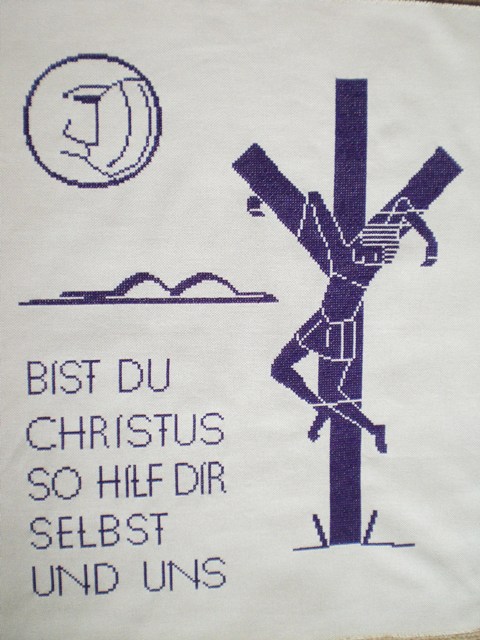 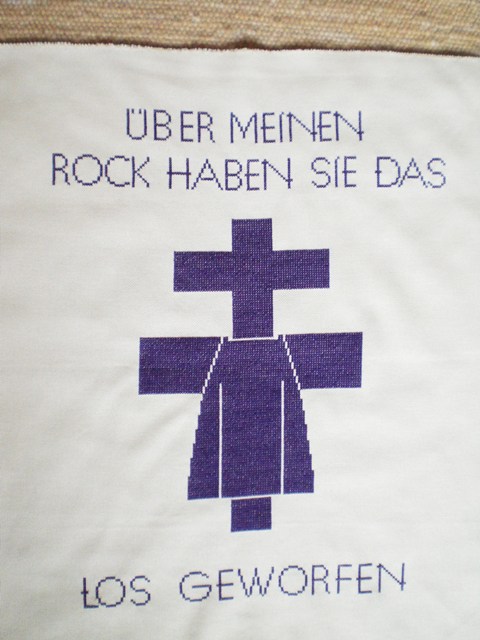